JIM MORGAN
Retired Partner — Squire Patton Boggs
A native of West Palm Beach, Florida, Jim and his wife, Missy, have lived in Miami for the last 39 years, where they raised their two daughters, Lyles (33) and Franklin (30). Jim recently retired as a partner with Squire Patton Boggs, where his focus iswas project financing in renewable energy. He earned his B.A. in economics from Vanderbilt University and his J.D. from Nova Southeastern University where he was a member of the Nova Law Review. Professionally, Jim has been honored with the Up & Comers Award, Legal Category, by the South Florida Business Journal and selected by his peers for inclusion in The Best Lawyers in America since 2006. He is included in Florida Super Lawyers, published by Thomson Reuters, a distinction recognizing the top 5% of lawyers in the state. He is a member of The Florida Bar and Dade County Bar Association. With a passion for service to others, Jim has worked with numerous charitable organizations both locally and abroad. Jim is the current Vice Chairman of the Board of Directors of Branches, Inc., a local not for profit organization committed to helping working families break free from the binds of generational poverty. Through its Grow, Climb and Achieve programs,Branches is making an incredible difference in helping local underprivileged families and their children thrive in school, get into college and achieve financial stability. Jim participates in many aspects of Branches’ operations, but particularly enjoys participating in Branches’ annual Thanksgiving meal delivery program that provides nearly 5,000 Thanksgiving dinners to residents of Miami-Dade and south Broward counties.
Jim also actively supports The Breakfast Club, a ministry of the First United Methodist Church of Miami serving chronically homeless residents of downtown Miami. On Sunday mornings, Jim travels to downtown Miami at 5:00 am to operate a truck equipped to allow up to six people at a time to shower in privacy and with dignity. FUMC Miami’s Breakfast Club provides between 50 to 60 showers and breakfast for up to 150 people every Sunday.
For over 30 years, Jim has been an active member of the First United Methodist Church of Coral Gables, having served as Board of Trustees Chairman, Finance Committee Chairman and Staff Parish Relation Committee Chairman, and he and Missy have served as co-Lay Leaders. As a Missions co-chair, Jim has been leading groups to Santo Domingo for the last three years to build classrooms and necessary infrastructure for a local Methodist school that provides K through 12th grade instruction to families that otherwise cannot afford access to the local education system. Jim has also led many mission trips to Haiti in the years before and after the devastating earthquake of 2010.
A graduate of the Greater Miami Chamber of Commerce Leadership Miami Program, over the years, Jim has been active in numerous other community organizations, including the Miami Lighthouse for the Blind and the St. Thomas Episcopal Parish School Board. At the United Way of Miami-Dade County, Jim has in the past served as an Ex Officio Member of the Board of Directors, a Member of the Board of Trustees and Chairman of the Young Leaders Society. Jim is honored to have been selected by the Ronald McDonald House Charities as one of its Twelve Good Men of 2019 and is the 2019 recipient of the United Way of Miami-Dade County’s Dorothy Shula Award for Outstanding Volunteerism. Fifteen years ago Jim was diagnosed with early onset Parkinson’s disease. Shortly following his diagnosis, Jim was introduced to the Parkinson’s Foundation, headquartered here in Miami. With the support and encouragement of the Foundation, Jim has learned the importance of exercise in delaying the onset of many of the more difficult symptoms of the disease. Dedicated to sharing that support and encouragement and to help people living with Parkinson’s disease have better lives, Jim has and continues to actively participate in the work of the Foundation. Jim has participated in virtually every Moving Day® Miami since its beginning and served as its Chair in 2014. Jim says “we raised more than $500,000 that year, and became famous for creating the ‘Parkintini” (of course, always shaken, never stirred)”. Jim has served as Chairman of Moving Day® Miami, the Foundation’s annual signature fundraising event, and, together with Scott Rider, co-chaired the Foundation’s Inaugural Volunteer Leadership Summits held ini 2018 in Irvine, California and last year in Dania Beach, Florida. Jim was recently elected to the Foundation’s national Board of Directors and the Co-Chair of its Development Committee, and is a member of the South Florida Advisory Committee. Jim and his wife, Missy, organized a weekly Yoga for Parkinson’s class, funded by the Parkinson’s Foundation, that has served more than 200 people in the local community living with Parkinson’s disease. 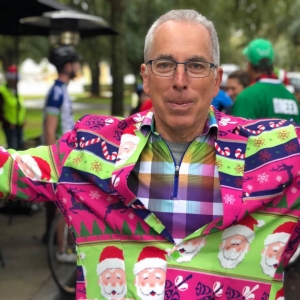 Scott Rider was born and raised in the Columbus Ohio area. Married to his High school sweetheart Kelly they have three children, Katie, Jacob and Emma. Scott is a graduate of The Ohio State University where he was twice the Captain of the Men‘s Track & Field team, 3 time Big Ten Champion and a 2 time All America. In fact Scott still holds the men’s outdoor record at Ohio State in the 800 meters to this day. Professionally Scott founded the Rider+Reinke Financial Group LLC in 1988 where he served as managing partner until January of 2017 when he sold his equity position in the firm to his junior partner Chris Reinke. Diagnosed with Parkinson‘s disease at age 47 Scott has attacked the disease with a combination of vigorous exercise and positive attitude. In fact in the last 4 years Scott has logged in excess of 10,000 miles on his bicycle in a effort to delay the impact of Parkinson’s disease on his body. Today at the age of 62 and retired Scott has dedicated himself to encouraging others with Parkinson‘s disease to never give up in the fight against PD. A frequent speaker at PD support groups and financial services organizations Scott has traveled to more than 35 cities in the last 4 years across the US to increase awareness regarding PD and to raise funds used to further Parkinson’s research. The leading fundraiser for MovingDay Columbus Ohio and MovingDay Charleston South Carolina the past 4 years Scott’s team was the top fundraising team in the country in 2017 raising nearly $100,000 . Until recently relocating to Beaufort in 2017 Scott served on the board of the National Parkinson‘s Foundation Ohio Chapter, twice served as co-chair of the Parkinson’s Foundation Volunteer Summit. Scott writes a monthly blog, has a YouTube channel about life with Parkinson’s disease and is passionate about encouraging those with PD and educating those with and without PD. In his daily battle against the progressive disease Scott relies upon his personal faith and lives by IWNQ= I WILL NEVER QUIT 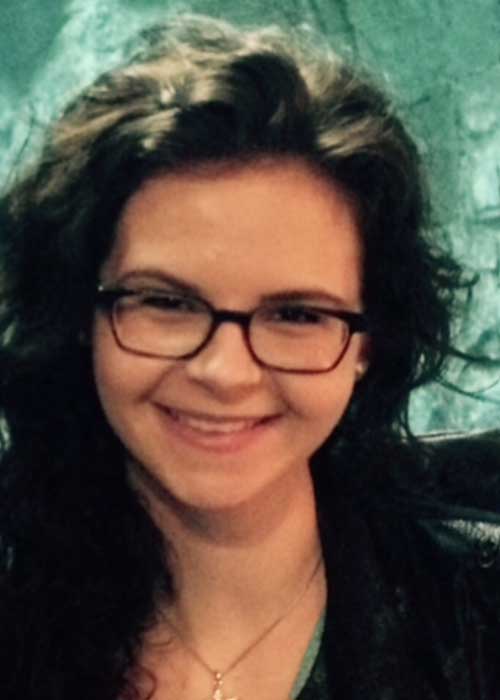 Rachel Schmidt is a freelance editor currently based on the East Coast. She works in the publishing and thought leadership industries helping people achieve their goals. She is a chronic illness and disability advocate who enjoys being able to help bring awareness to important causes like Parkinson’s Across America. 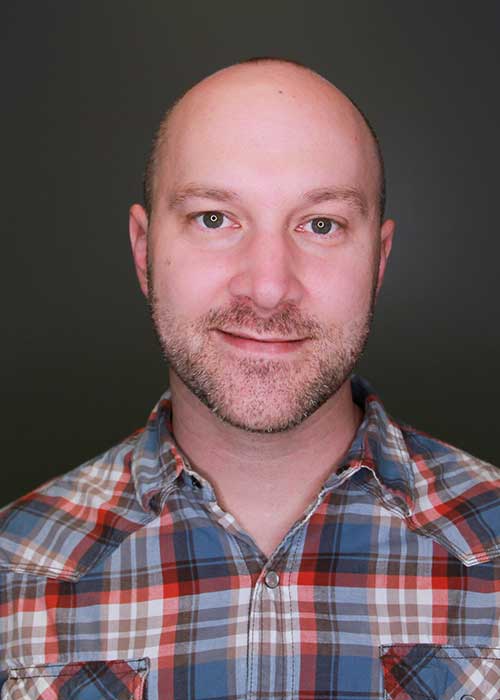 Shane loves all things art and today he is loving getting to work with Parkinson’s Across America and his friends Scott and Jim. Shane is a graphic designer living in Columbus Ohio and loves living life with his wife Ellen and their 3 children. 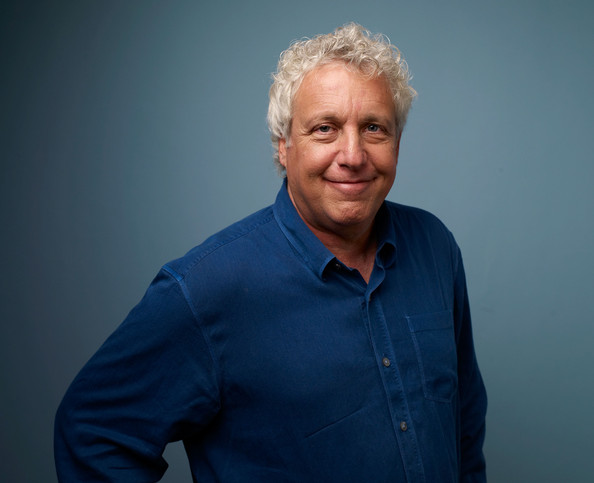 Barry W. Blaustein is an American comedy writer best known for his writing on Saturday Night Live and What’s Alan Watching? and the screenplays for Coming to America and The Nutty Professor all written in collaboration with David Sheffield.Blaustein directed, wrote, produced, and narrated the wrestling documentary Beyond the Mat. 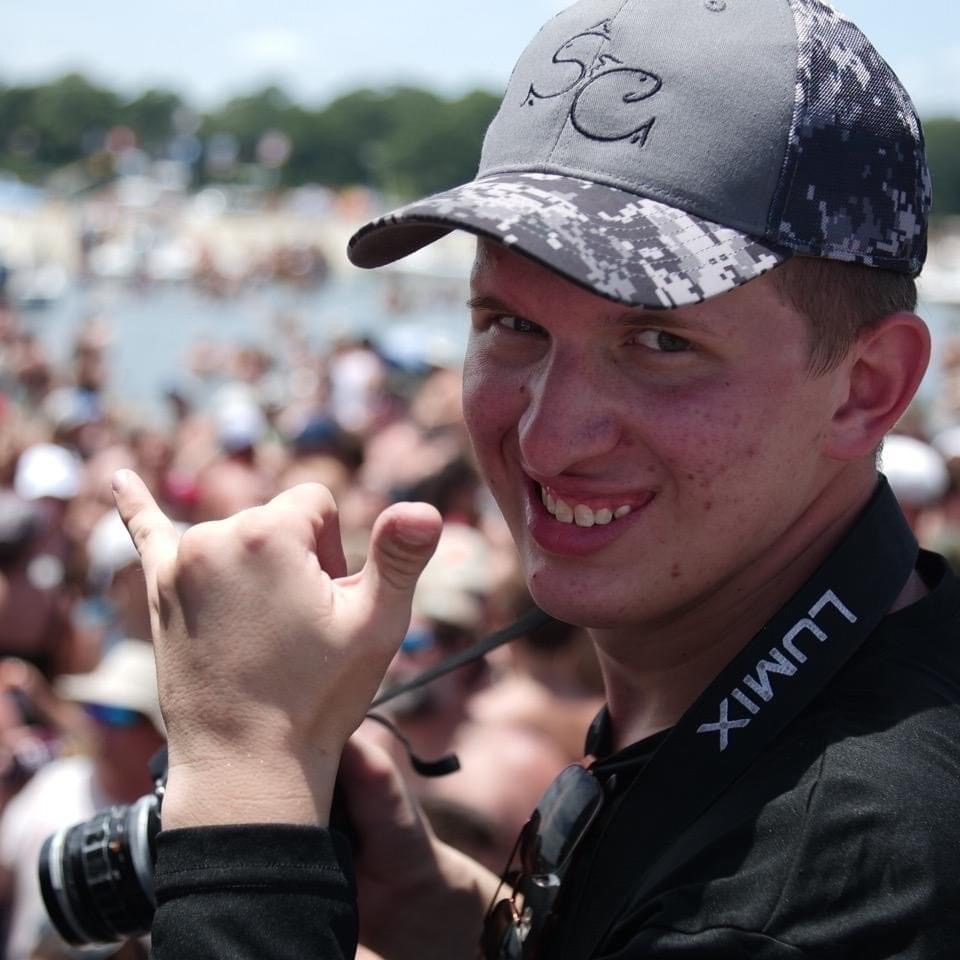 Chris Addy has enjoyed capturing images on film since his early childhood. A loyal longtime assistant to videographer Taylor Horton Chris displays excitement and enthusiasm that is only found in individuals who are passionate about filmmaking. 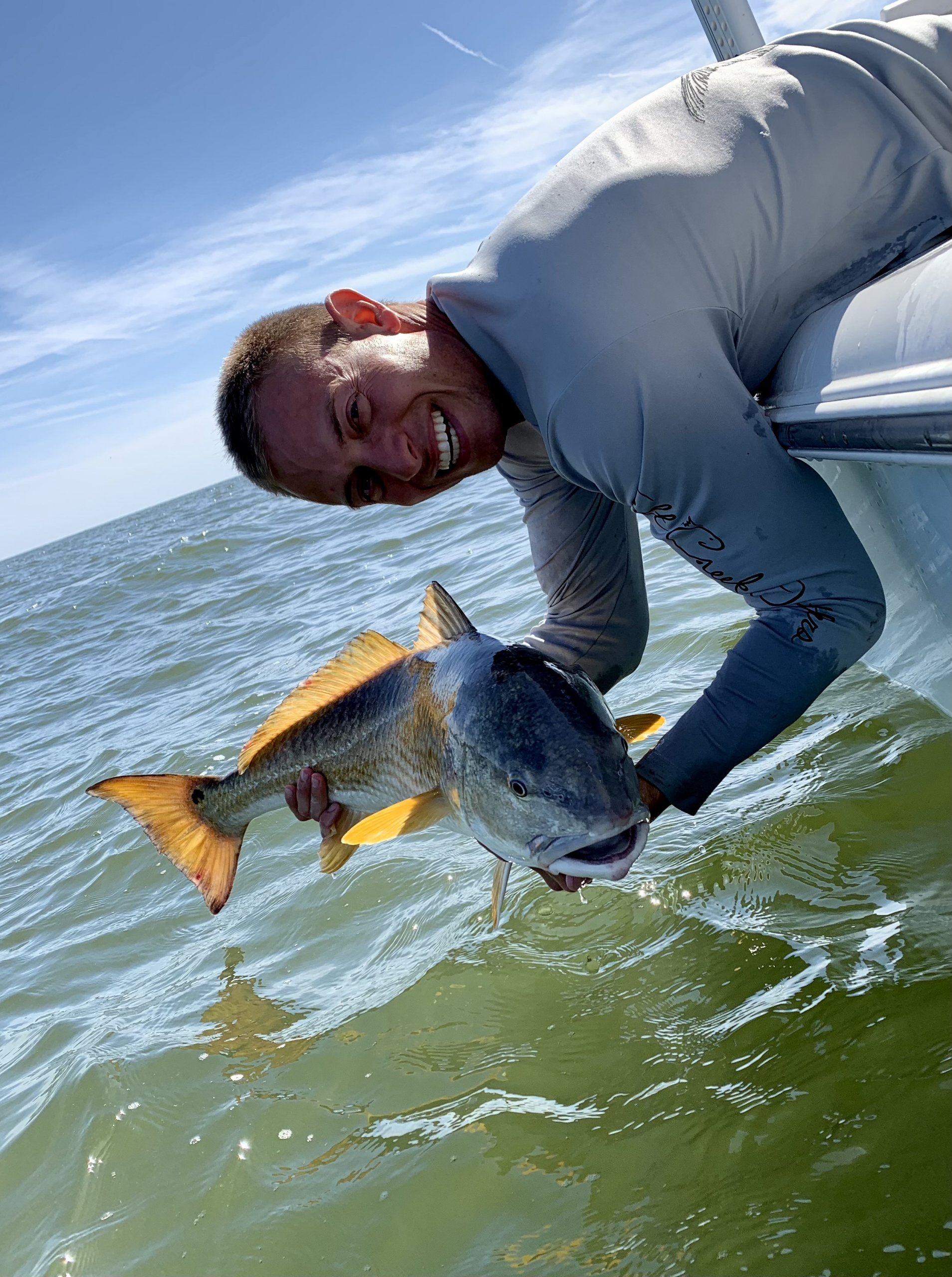 Taylor Horton has lived his entire life in the Beaufort,South Carolina area. Blessed with the ability to capture moments on film Taylor is well known for making what may seem ordinary into extraordinary art via film. Taylor is adventurer who loves the outdoors. Taylor’s film Passion Led Me Here is just one example of Taylor’s creative ability. In the film Taylor captures world renowned fisherman Chip Michalove catching and tagging Great White Sharks. In a effort to provide a up close view of a Great White Taylor can be seen jumping into the water to film a Great White Shark face to face. Taylor credits his personal faith as a Christian for his bravery and creativity.

Find out more about what we’re up to.